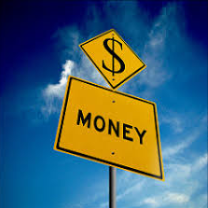 In starting an organization, the first thought for many is, “Where do we get the money?” The answer doesn’t have to be that hard. Why not create a dues system? Seems obvious, doesn’t it? Why not have the people who are participating in the organization, many of whom will benefit from the work of the organization, “pay to play,” and have membership dues?

There is actual only one big obstacle: asking!

Many who desperately want to create an organization that would make change and build power are stymied by the cultural restraint that has been built around the simple problem that people are not comfortable talking about money. To be more specific, many are not as uncomfortable asking churches, unions, and of course charitable foundations for money as they are asking each other for money.

In building ACORN, we found that ironic. Most people don’t mind being asked for money, as much as others resist actually doing the asking.

There are more rationalizations that people offer for their hesitancy to ask people to put up their own money, than there are cracks in most neighborhood sidewalks. People are too poor. We have to win something first. No one has heard of the organization yet. And, so on.

ACORN has always been a constituency-based organization of low-and-moderate-income families. Paradoxically, most surveys indicate that lower income people are more philanthropic as a percentage of their income than are the rich. In truth, people have trouble believing that an organization is truly theirs and that they actually run the show, if they are not paying their share. If the dominant funding is external, from government or private sources, a wall of words will never fully convince lower income families that the organization is theirs, if someone or something else is paying the bills.

Besides asking, the other problem with a dues system is that it is hard consistent work. If an organization wins the foundation lottery sweepstakes and cashes in a grant for $10,000, there is no question that that is an easier lift, than creating a system where 1000 families pay $10 a month to make the same bank deposit.

The difference is that the foundation grant is a crapshoot. A system of regular dues payment, once created – and it is hard work – will yield that same $10,000 every month through bank drafts or direct deposits.

Furthermore, the organization will actually have 1000 real members, many of whom are as ready to act in concert with the organization, as they were to pay dues. With the foundation, all the organization may have is a friend in the program officer, until she gets another job next year and moves on.

The answer to the question, “Why not dues” may be that it is too hard to do the work, but it can never honestly be that people will not pay. They will, and they do.