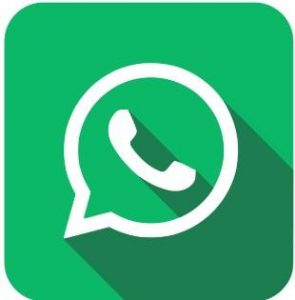 Even as the door-knocking teams begin their work in contacting as many families in the targeted constituency as possible, the organizing committee and the organizer have a new challenge in modern organization. It’s not the pandemic, which is more than enough to handle, but how to manage social media.

Part of the magic of an organizing drive is the ability to control and develop momentum in the drive working up to a crescendo of excitement at the time of the first meeting. The advent of social media adds some challenges and opportunities to our ability to manage the timetable of the drive and the message being delivered on the doors. Now, many people will be posting on Facebook, tweeting on Twitter, and perhaps even raising alarms on Nextdoor as the teams hit the doors. Not everyone is involved in each of these platforms, but many are involved in at least some of them, and some are involved in all of them, so this becomes a task to add on the list for the committee.

It’s almost guaranteed that if the organizing committee doesn’t assign a team to create a Facebook page and begin posting on it, someone individually will do so, and then there’s no way you will ever catch up with that train as it pulls out of the station. Don’t assign this to just one person, but make it a team effort, hopefully so that the posting and comments have a better chance of reflecting not only the messages of the drive, but the diversity and complexity of the constituency. Having an administrator and a couple of editors on your page also means that there will be adequate content.

Listening to a communications training by our Irish affiliate, one point that was underlined focused on not over-posting. They recommended no more than two or three times a week, and suggested the days to do so. This kind of advice reflects the tension involved in navigating social media in organization. An organizing drive is unlikely to create a website for the drive, but routinely a Facebook site will evolve. Being able to direct traffic to that site on the doors guarantees that information is available, but carefully curated. Using the site to get feedback on issues being heard on the doors is good. Linking to the general organizational website or media is positive. Repeating stories or shoutouts from new member families joining on the doors encourages others.

WhatsApp has become to go-to connector around the world. We link all of our organizers globally on a WhatsApp group. ACORN Honduras’ board communicates with each other that way, as does ACORN India and ACORN Kenya. Getting the organizing committee on a WhatsApp group can help tighten and bind them together as well.

ACORN United Kingdom set the benchmark for us in using Facebook as an organizing tool. In Bristol, every time someone new joined the group, they would be sent a message on Facebook, and welcomed aboard. A leader or organizer would propose getting together face-to-face to catch up, brief them on the organization, and hear their issues. The membership sign-up on these kinds of chats was almost 100%, building both dues income and commitments. Given the concentration of tenants in ACORN’s membership England and Wales, they created a Tenant Support Group, which now has more than 5000 “fans” on Facebook, and serves as a forum for tenant complain and advice for the members and individuals who want to become members. The volume of eviction-defense and requests for tenant advice has led to one part-time staffer’s position handling the traffic and the individual actions.

The bottom line is that social media can be a great communication tool in support of building organization, but like all tools, it has to be used deliberately and for the purposes intended. Not every post requires a response. Not every shout of fire should bring out the hoses. The organization has to control the site and make sure message is the one we mean to offer. People figure it out quickly enough.