By Wade Rathke in Columbus Free Press on March 6th, 2019 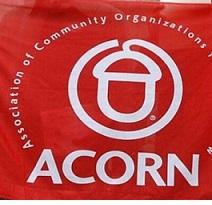 A mass organization can’t make it without members and volunteers doing a tremendous amount of work. There is no way that any level of dues collection or number of self-sufficiency schemes can ever substitute for all of the work needed to build large organizations. At the same, it’s almost impossible to be sustainable without some staff.

Recently, I was in Ireland for the first-time visiting tenant support and action groups in Dublin, Limerick, and Galway. Their work over the years had been amazing. The support groups had done great work in eviction defense. At different times the groups had been able to come together, particularly in Dublin, to rally thousands against government cutbacks or mass evictions in private and social housing with all the work done by volunteers and activists.

The problem was that it wasn’t sustainable. The mobilizations would ebb and flow, but would not yield permanent organization even though the issues and campaigns were often ongoing and interminable. Eventually, the numbers would fade and rather than building real power to protect and advance constituency interests, it would mean starting over and rebuilding to meet each new crisis, and often against even worse odds. Public bureaucracies can often dig in and outlast our surges, even when our cause is just. Corporate power, hedge funds, big banks and private equity, are currently entrenched and in ascension. It’s hard to beat the pros with a pickup squad.

So, we all agree that we need organization, but sometimes it takes some struggle for some organizations to understand that they also need staff, meaning real people whose final responsibility it is to help with the organizing, research, communication, and other tasks that smooth and sustain long term organization. The question asked over and over in Ireland and country after country, city after city, community after community, is simple: how do we get there?

Someone always plays the role of an organizer, but at the point in the organization’s life that you come to inescapable conclusion that you will have to build the capacity to sustain the work and create enough power to win, it takes leadership to get there. In the United Kingdom we are finding that we are overwhelmed with invitations to build new ACORN community organizations and ACORN Tenant Unions. We know they want – and need – staff, but we don’t have the resources.

We advise them to bring together ten or twenty people to begin the organizing. We send them a “starter” packet and support them on email, phone, and with occasional visits. Critically, as a dues-and-donation based organization, we give them a benchmark to reach. When they reach one-hundred dues paying members, we make them a formal local chapter or branch. As they reach one-hundred fifty, we help them hire an organizer part or fulltime depending on community support and commitments.

Sure, there are other ways to do this. You might get lucky and get a small grant to short cut the process, but, frankly, that’s a crapshoot, and many don’t score. Furthermore, grants come and mainly go, and then you are back to square one again. You might find an angel somewhere, but heaven knows that might even be harder. By creating a mechanism of support within the very community that is being organized whether neighborhood, workplace, or housing high rise, slowly but steadily the organization can get to a place that would be straightforward to sustain.

Not every emerging group will make it. Some will fall by the wayside finding the climb too steep and their step unsteady. But the ones that make it, have a chance of being able to not only fight successfully in the ongoing struggles, but also build the confidence and experience to scale up from that point forward. It’s not magic, but it is work, and it’s worth it.

Want to try? Call me maybe.